Magassay award winner Arvind Kajriwal on Sunday urged the Delhi government to replicate the Bihar RTI model where applicants use helpline services, saying it would simplify the procedure of filing the applications.

"We will have to simplify the process of filing the RTI applications. The applicant does not know how to draft an RTI application," he said at a seminar on Right To Information Act organised by YMCA here.

"But the applicant does not know in whose name the application would be addressed," he said.

He hailed the Bihar model which allows the applicants to use helpline number for seeking information.

"Replicate the model of Bihar, in which instead of writing an application for seeking information, all one has to do is to dial a helpline number. A Rs 10 RTI application fee will be added to the telephone call charge," he said.
Posted by santoshpandeyca at 6:11 PM No comments:

Email ThisBlogThis!Share to TwitterShare to FacebookShare to Pinterest
Labels: Right to Information ACT

Maulana Mazharul Haque was born to a rich landlord, Sheikh Ahmedullah, in Bihar in December 1866. An only son, he had two sisters Ghafrunisha and Kaneez Fatma.

His primary education was delivered at home by a Maulvi, but he passed his matriculation from the Patna Collegiate in 1886. He then traveled to Lucknow for higher studies, where he was admitted to Cannig College. However, it is said that he found it difficult to adjust to circumstances and instead, chose to leave for England the same year to pursue a course in law. He returned to India qualified in law in 1891 and set up a legal practice in Patna. He even joined the judicial service as a Munsif, on the advice of a foreign friend. It is perhaps not surprising though, that he soon developed differences with the District & Sessions Judge and had to resign. Subsequently, he started a practice at Chapra.

He is said to have made a significant contribution to relief efforts launched during the famine in Saran district of Bihar in 1897. But Maulana Mazharul Haque's public life actually commenced with the creation of the Bihar Provincial Conference, a move he supported as he believed in the need for the constitution of Bihar as a separate province.

In 1906, he moved to Patna to continue to practice law. It was also in 1906 that Maulana Mazharul Haque was elected Vice Chairman of Bihar Congress Committee.

Mazharul Haque helped organize the Home Rule Movement in Bihar and was its President in 1916. He actively participated in the Champaran Satyagraha for which he was sentenced to 3 months imprisonment.

Subsequently, when the Non Cooperation and Khilafat Movements were launched, Mazharul Haque gave up his lucrative legal practice and his elected post as member of the Imperial Legislative Council and turned all his efforts to the freedom struggle. By now, he was a firm believer in complete Independence being "the birthright of every Nation"Ã‚Â?.

Mazharul Haque was also a fervent believer in democratic decentralization and he organized the Panchayats in Saran district towards meeting this vision. He also made many requests for better educational facilities in Bihar, especially for free and compulsory primary education.

Maulana Mazharul Haque is known to have stayed with his maternal uncle Dr. Saiyyad Mahmood in Siwan during the anti-purdah movement launched in Bihar in response to the Non Cooperation Movement of 1920. Mahatma Gandhi sought to bring women also into mainstream politics, to strengthen the resistance against British rule as well as empower them to play a more active role in society. Literally, purdah means "veil" and the system involves women being confined indoors or wearing a protective veil whenever they venture outdoors. The purdah system espoused by Muslim and many Hindu families, especially in Bihar, meant that women remained behind men in all spheres of life. Around this time, he was approached by students of the Patna University desiring to support Gandhi's call to boycott Government run institutions. The Bihar Vidyapeeth, then headquartered at an ashram he constructed on the Patna-Danapur road thus came into being. The ashram became well known as the Sadaquat Ashram, it now serves as the headquarters of the Congress party in Patna, the capital of the state of Bihar.

An avid writer and poet, in 1921, he started "The Motherland" an English weekly journal (later bi-weekly) which was used to propagate thoughts and ideals of the Non Cooperation Movement.

While Maulana Mazharul Haque's birthplace was village Brahmpur, Thana Maner of Patna district, by 1900 his affinity to village Faridpur of district Siwan (then Saran district) where his family held a lot of land was well established. Here he constructed a home and named it "Ashiana". Ashiana was visited by a number of India's leaders of the times, such as Pandit Motilal Nehru in 1927, Sarojini Devi in 1928 and afterwards over the years Pandit Madan Mohan Malviya, K.F. Nariman and Maulana Abdul Kalam Azad.

Mazharul Haque retired from politics during the last years of his life. He died in his home, "Ashiana" in January 1930.

In remembrance of this worthy freedom fighter and educationalist, in April 1988, the Maulana Mazharul Haque Arabic and Persian University was founded at Patna.
Posted by santoshpandeyca at 7:18 PM 2 comments: 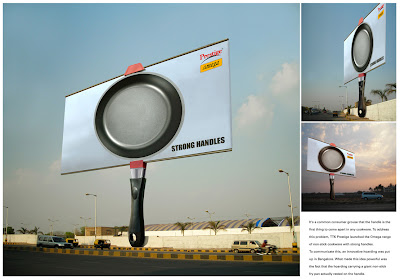 Its a common consumer grouse that handle is the first thing to come apart in any cookware.To address this problem TTK came out with Omega series of Non Stick cooking pan with stronger handle.

To communicate this, an Innovative hoarding was put up in Bangaluru. What made this idea powerful was the fact that the hoarding carrying a giant Non-Stick fry pan rested on the handle.
Posted by santoshpandeyca at 4:23 PM 3 comments:

Email ThisBlogThis!Share to TwitterShare to FacebookShare to Pinterest
Labels: Advertisement 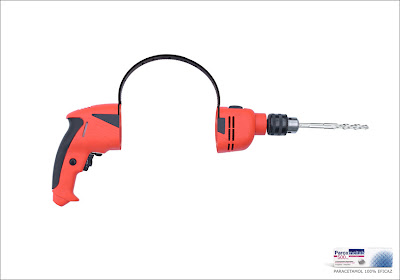 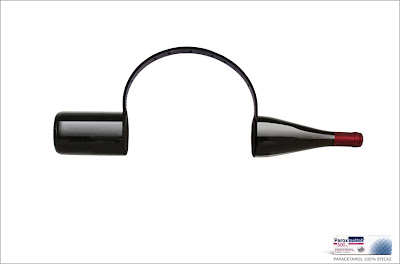 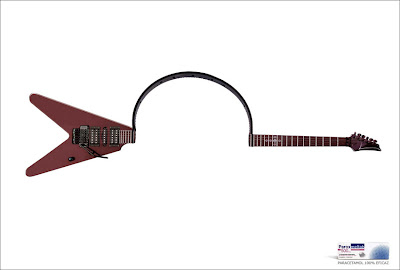 Posted by santoshpandeyca at 4:08 PM No comments:

Email ThisBlogThis!Share to TwitterShare to FacebookShare to Pinterest
Labels: Advertisement

This might come as a pleasant surprise. Bihar, which has one of the highest crime rates in India, can boast of a high court with relatively one of the fewest number of pending cases - 97,354. This is in sharp contrast to many other states where the backlog in the high courts runs into hundreds of thousands.

According to latest official statistics from various high courts at the end of March this year, the figure of 97,354 for the Patna High Court compares very favourably with those at the high courts of Madhya Pradesh, Orissa and Uttar Pradesh.

What's worse, other economically well off states too have a surfeit of cases at their high courts.

What's surprising is that the Patna High Court has been able to keep the backlog of cases low despite having a massive vacancy - 32.5 percent - of judges. Against a sanctioned strength of 43 judges, it has just 29 judges.

In contrast, the Allahabad High Court has merely 19 percent judicial vacancy, having 77 judges against a sanctioned strength of 95 judges. Only the Orissa as well as Punjab and Haryana high courts have judicial vacancies higher than that of the Patna High Court.

The vacancy of judges in other high courts is in the range of 20 percent with Andhra Pradesh and Rajasthan having 20 percent vacancy each, Gujarat 26 percent, Bombay 17 percent and Madras 10 percent.
Posted by santoshpandeyca at 7:35 PM 2 comments: