Once upon a time, there was a great king Putraka, who

had a queen named “Patali” which means “Trumpet flower”. The king loved the queen so much that he created a city for her with a magic stroke and named the city “Pataligram.” Later, the king changed the city name to “Pataliputra” in honor of the queen’s first born. In Sanskrit, “Putra” means son. Well friends, the legend could be true or not but the place named Pataliputra still exists today as the capital of Bihar in India. Through its long history, the city is known as Pataligram, Pataliputra, Kusumpur, Pushpapura, and Azimabad. During the reign of Sher-Shah-Suri, it got its present name Patna. 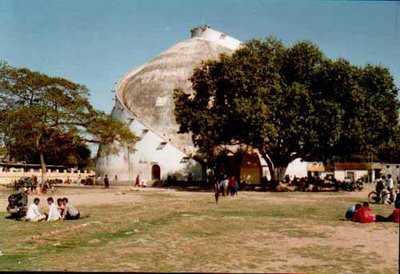 There are two explanations about the origin of the name Patan. According to one explanation, the name derived from the name of a Hindu Goddess. The second explanation is that Patna was a port city. Hence, it is called “Pattan.” In Sanskrit language “Pattan” means port.


Megasthenes, the famous Greek traveler and geographer, talked about the city named Pataliputra in his book. Patna’s recorded history can be traced back to 490 B.C. Ajatshatru; the King of Magadh, made the city his capital. Lord Buddha passed through this city and he prophesized about the future prosperity and ruination of this city. 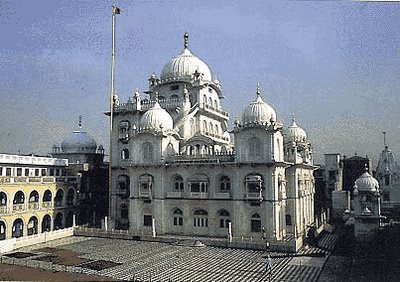 The present day Patna is approximately a 15 kilometer long and 5-7kilometer wide city, situated on the southern bank of the Ganges. The city is a pilgrim for Jains and Buddhists. Vaishali, Rajgriha (King’s House), Nalanda, Bodhgya and Pawarpuri are major pilgrim sites for Jains and Buddhists. The tenth Guru of Sikhs, Guru Gobind Singh, was born in Patna. Hence, this is also a major religious site for Sikhs.

Gyan Niketan. In 1917, Patna University was established. It is one of the oldest Universities in the Indian subcontinent. Under the university, there are eleven colleges including Bihar College of Engineering, Science College, Bihar National College Patna Women's College, Patna College and Patna Medical College & Hospital.


Since it is a port city, Patna has been an important business center from ancient times. The rice of Patna was very famous among the Indian royals and in Europe. In Ain-i-Akbari (the famous book about the Mughal Emperors) the author talks about Patna. It was famous for paper, stone and glass industries. In the colonial period, Patna attracted French, Danes, Dutch and Portuguese. The English started a factory and started trading silk and calico. Present day Patna is heavily dependent on agriculture. Grain, sugarcane, sesame, and medium-grained Patna rice are the major export products.
Patna is a city with rich historical background. The ruins of old monuments would give the tourists an idea about the glorious past of the city. Here are some of the tourist sites of city:

Hanuman Mandir: Situated in front of the Patna Junction, the central railway of the city, it is one of the most favorite deities of the locals.

Kumhrar: A place where you can see the ruins of Ashokan Patliputra.

Martyrs Memorial: Built in the memory of the students of seven schools and colleges who were killed by British soldiers in 1942.

Golghar: A bee hive shaped granary one of the oldest buildings in Patna.

The transportation system of Patna is very developed. Lok Nayak Jayaprakash Airport has daily flights to major Indian cities like Delhi, Calcutta, Mumbai, Ranchi, and Lucknow. National Highway No.31 passes through Patna. Bailey Road is the longest road of Patna. The Railway station of Patna has trains to all the major cities of India. There are ferry services, and cargo service by the river Ganges
Posted by santoshpandeyca at 4:24 PM 2 comments:

From Carolina in the U.S. to Scotland in the U.K., the city of Patna is a household name.

What connects Carolina in the U.S., Scotland and Bihar? The answer is not easy. The connection is Patna; more precisely it is the Patna rice. Many may be familiar with the long grain and aromatic Basmati rice. Equally long and mildly aromatic the rice grown in the fertile Gangetic plains of Bihar and specifically around Patna is known as the Patna rice. Some claim that this strain is one of the oldest rice varieties grown on the earth. According to Buddhist legends, Fa Hein's travel writings and records of Abul Faizal there is mention about this special rice. It is believed that this rice was taken to the U.S. in the 17th century and grown in Carolina. Till date the Carolina rice is one of the most popular varieties in that country. In Scotland, there is a small village named Patna. William Fullerton, who made large sums of money selling Patna rice, established this town in the 19th century. He thankfully remembered his productive stay in India by naming the newfound village Patna.

But it's not just the rice; Patna is a city known for other rich legacies. It is known by many names, the most famous being Pataliputra. It is on the banks of the Ganga and in its vicinity three more rivers Ghagra, Sone and Gandak , converge. Buddhism and Jainism flourished in this place and Guru Gobind Singh was born here. It was the seat of the Mauryas and two legendary kings Chandra Gupta Maurya and Ashoka ruled this place. The city has been inhabited for centuries together without a break. In 1912, it became the capital of the combined province of Orissa and Bihar and from 1935 till now that of Bihar.

Patna is richly endowed with architecture from the British period — the Museum, High Court, Rajbhavan and the Assembly are some of them. Golghar, is the most famous of the monuments. This is a large circular egg-like structure built in 1786. It is about 29 m high and 3.5 m wide and was built to store grain, which was to be distributed during famine. Patna is not just about rice and famine. It is the land of Madhubani paintings, Obra carpets, Sujini quilts and Khatwa appliqués. Bhojpuri, Magahi and Maithili are some of the languages spoken in this region.

Gandhiji wrote that Champaran was the turning point of his life. Champaran is a small village about 300km from Patna. It is here that Gandhiji for the first time experimented with the Satayhagraha movement and successfully freed the peasants from the oppressive Indigo cultivators. Gandhiji established an ashram here at a place called Motihari and strived for the uplift of the poor villagers.
Posted by santoshpandeyca at 4:19 PM No comments: