From My Recent Visit to Mahabalipuram 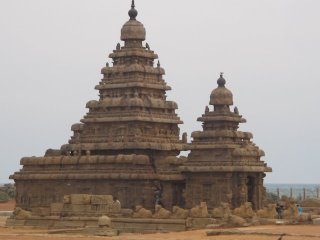 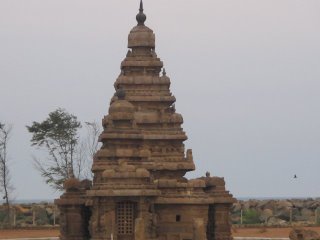 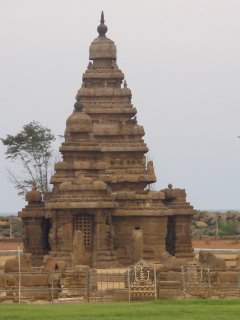 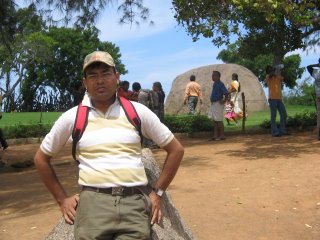 Posted by santoshpandeyca at 4:16 PM No comments:


Don't pay bribe. Use RTI, it works faster than bribes.
This is the slogan for Anti-Bribe Campaign. For the people of Bihar and Jharkhand, this is a opportunity to join hands in the nationwide DRIVE AGAINST BRIBE.

The Right to Information Act came into force on 12th October 2005. This Act can be effective to keep an eye and bring transparency in the working of the government.


The citizen of several parts of India has successfully used this weapon to expose corruption as well as to get their work done without paying any bribe. But even till now the people of Jharkhand and Bihar is unaware of the importance and uses of this act. The government and the bureaucracy of both the states seem to be halfheartedly taking interest and it also seems unlikely to implement the act with full swing. The structure for providing the information is not sufficient. Jharkhand is still waiting for the formation of Information Commission meanwhile Bihar has appointed only two commissioners just few days back.

But, here is a big opportunity for the people of both states for testing the efficacy of this act. Leading Hindi Daily of Jharkhand and Bihar- Prabhat Khabar is coordinating this campaign in both states. We invite all concerned citizens and organizations to join hands.

DRIVE AGAINST BRIBE has to be launched as a massive nationwide awareness-cum-assistance program. The campaign would be run in coordination with several citizens, NGOs, business houses, media houses, government departments etc. NDTV, Hinduatan Times, Prabhat Khabar and several other media organizations are actively promoting it.

The Campaign will be launched on 1st July 2006. It will continue till 15th July 2006. During these 15 days, people would be trained and encouraged to use RTI instead of paying bribe to get their personal works done like getting ration card, getting passport etc.

During these 15 days, various citizens, groups and NGOs will set up camps in several cities across the country. People will be provided assistance at these camps in preparing and filing RTI applications. Arrangements have already been made in more than 20 cities including Delhi, Mumbai, Bangalore, Hyderabad, Pune, Sangli, Gorakhpur, Faizabad, Lucknow, Shillong, Bhubaneswar, Ranchi, Patna, Dhanbad etc.


According to the concept note of this drive, Right to Information (RTI) has emerged as a very powerful tool in the hands of a common citizen to hold government accountable. People have used it in various ways ranging from addressing issues related to their daily interface with government authorities to influencing major government policies. For instance,

Uday is a software engineer. He saw that the Outer Ring Road from IIT flyover to Panchsheel flyover was made last February and it came off within 10 days. He applied for inspection of files, inspection of road and sample of material used in the road. Two days before he was called for inspection, the entire road was relaid.
q Shailesh Gandhi was able to reduce the extent of political interference in transfer postings in Mumbai Police using RTI.
Vijay Kumbhar applied for a refill of his empty gas cylinder. He did not get a refill for more than a month. Everyday, someone would come to his colony to sell gas in black. Obviously, his gas dealer was not providing refills to the people and was diverting them to the black market. When Vijay applied under RTI, he got his refill within a few hours.
The note reads that one area where RTI has been most successful is - if you have a legitimate work pending in any Government Department and if they are not doing it for either expectation of bribe or due to simple bureaucratic delay, then use RTI and it gets done very fast. There are hundreds of such examples like

Nannu applied for a duplicate ration card in January 2004. Though his card should have been made in 10 days according to the rules, it wasn't done despite several visits. Three months later, when he applied under RTI, the card was made within four days.
Ashok Gupta was demanded Rs 5000 bribe for a new electricity connection in the year 2000. Connection was denied to him when he refused to pay. Two years later, when he applied under RTI, he got his connection within 10 days.
Prem Sharma applied for a passport. It should be made in 45 days according to the rules. However, he kept running for six months. When he took his application under RTI to the Regional Passport Officer, the passport was done within 7 days.
These success stories may come from Jharkhand and Bihar also, if we utilize RTI powerfully. Drive against Bribe will create massive awareness is both states and it will certainly help to force the government to make necessary arrangements to implement the act more positively. We are going to organize camps during 1-15 July at Patna, Ranchi, Jamshedpur, Dhanbad and Deoghar.

Contact for Campaign in Bihar and Jharkhand-
Vishnu Rajgadia,
Director, Prabhat Khabar Institute of Media Studies,
Ranchi
094311-04424
email- pkrti@yahoo.co.in
Posted by santoshpandeyca at 10:53 AM No comments:

Patna Soon to Have Petrol and Power Generating Trash Incinerator

Urban Development Minister Ashwini Kumar Choubey, on Friday, on his return from Nagpur, said Patna would soon have the facility to produce petrol, LPG, and even electricity from all the garbage that the city collects everyday turning the city cleaner, greener, and self-dependent.

Choubey met with Professor Alka Jadgaonkar, the principal of G. H. Raisoni College of Engineering in Nagpur who is credited with inventing a contraption that turns garbage into gasoline and electricity and is currently being used in many metros including Mumbai and Jodhpur.

"Our team of six members took a closer look at the machine invented by Professor Jadgaonkar and we are all very satisfied with its performance. The Chief Minister has agreed to give it a go-ahead signal in the first week of next month after which the first phase of the plan will begin," Choubey said.

Initially the machine will turn 25 tons of garbage into petrol but later its capacity will be increased and the plan will be implemented in other parts of the state as well," he said.

The system is already being used in Nagpur where it produces 4,500 liters of petrol from 5,000 kilograms of plastic trash, the Minister said adding the machine is also capable of producing 100 MW of power from 500 ton of trash.

The project is expected to be completed in a record time of six months, Choubey said.
Posted by santoshpandeyca at 1:52 PM No comments: 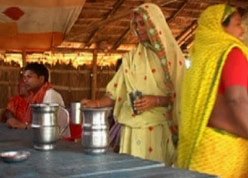 Bhagalpur (Bihar): Thirteen women in the Bhagalpur district of Bihar are cooking up a storm. In order to make a living, the women got together a year ago and set up a roadside dhaaba (eating joint).


The women jointly run the Asha Dhaaba with ?manager? Biwi Rajo at the forefront.


The dhaaba has become a favourite with not just the villagers, but also truck drivers who make it a point to stop and savour the home-like food.


However, the going has not been smooth for these fearless women. While they earn accolades for their lip-smacking delicacies, they also have brave certain unruly elements.


What started as a means to make ends meet has now become a success story. Having made a mark in an essentially male-dominated business, the women are not letting the success go to their head.
Posted by santoshpandeyca at 1:33 PM No comments:

In an attempt to revamp the image of Bihar police that generally evokes the picture of a pot-bellied, overweight, baton-swirling man in uniform, the state government has formed a 'dress committee' to look into the possibility of a new uniform that would give a different, 'sharp' image of the law enforcement officials in Bihar, sources in police said.

The committee is being led by Additional Director General of Police Abhayanand who will be assisted by IG (Provision) S. K. Bhardwaj, IG (Administration) Anil Sinha and three other IGs, DIGs, and four Superintendents of Police (SPs), officials said.

The move is the result of recent disparaging comments made by Chief Minister Nitish Kumar who had said that the sub-inspectors and havaldars, in their antiquated uniform, looked more like clowns and projected a bad image of the entire police force.

Kumar had also approved Rs. 2,650 cash for each sub-inspector to be spent on their new uniform each year.

The newly-formed committee will also consider improvement in other parts of the overall police uniform including shoes, belts, and badges, officials said.
Posted by santoshpandeyca at 1:05 PM No comments: